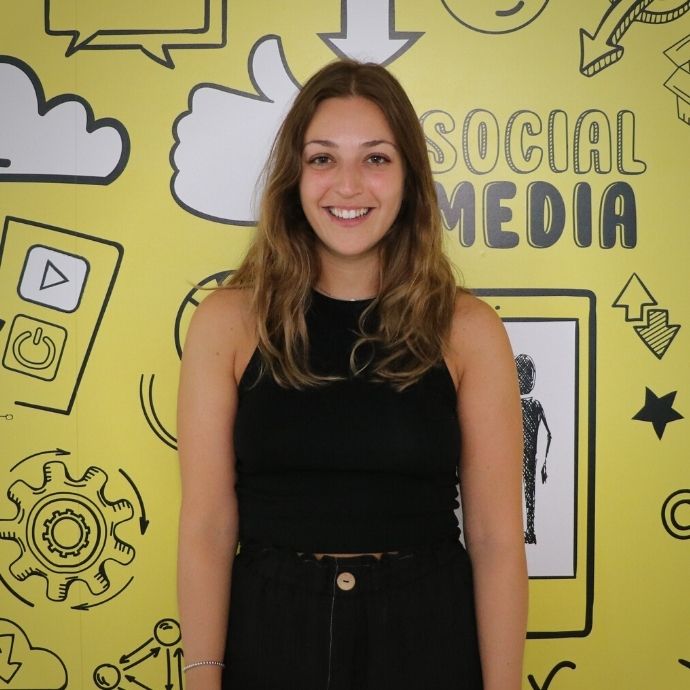 How We Boost Conversion With Short Descriptions: The Marketing Approach Behind 80 characters

Positive Ratings and Reviews are an essential part of a strong ASO strategy. Below we go over some of yellowHEAD‘s best practices for incorporating ratings and reviews into an ASO strategy.

Ratings and reviews tell users about the quality of a game or app, and they can influence others to hit the download button. Additionally, having positive reviews and a strong rating can have a positive effect on your app’s conversion rate and position within the stores.

First, let’s start with the basics: what are ratings and reviews and how do they differ within the app stores?

Reading and Replying to Reviews

Now that we understand what App Store ratings and reviews are, let’s look into why it is important to be attentive to user reviews.

Users can be our best copywriters! Acknowledging the feedback from users can provide interesting takeaways, keyword opportunities, creative ideas and more. From user reviews, brands can gather insights, ranging from favorite features to pain points. Developers can either maintain and promote these features or inform users that the issues they are experiencing have been fixed.

At yellowHEAD, we have seen that users are inclined to update their rating or review after a developer responds. 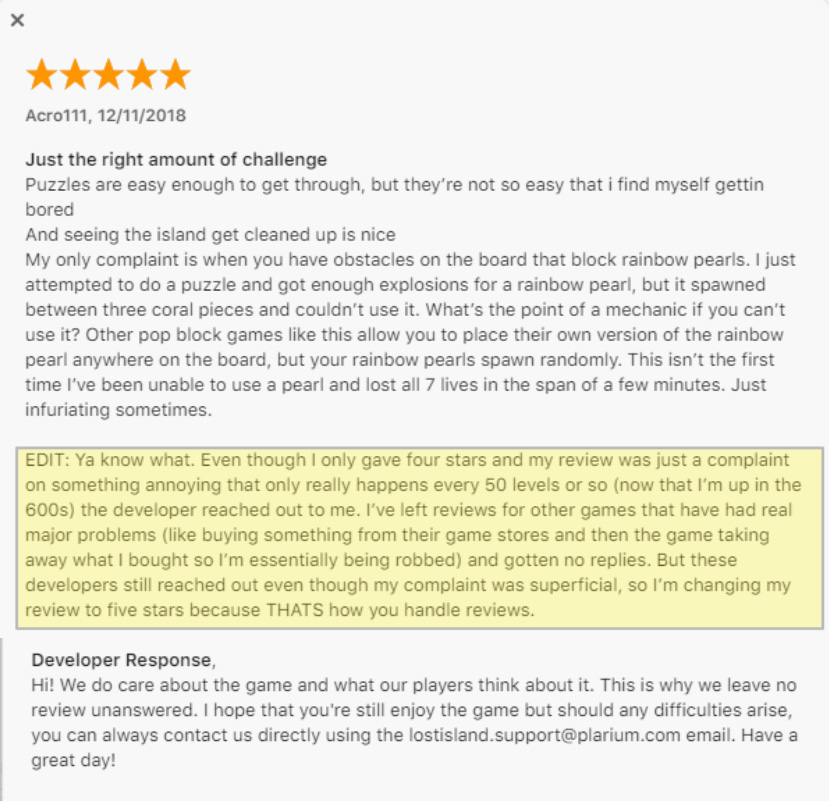 The Google Play Developer Console (GPDC) provides a breakdown of the average rating change both with and without replies (unfortunately, this feature is not yet available on App Store Connect).

Watch this video for developers’ examples of how responding to reviews has helped improve retention. Additionally, below are some best practices for responding to user reviews:

You now understand how important it is to get feedback from users, whether it’s good or bad. However, sometimes users need a little nudge in the right direction. Let’s go over the best practices on both Google Play and the App Store

iOS offers a system-provided review prompt that allows users to review your app without even having to leave the app. The default review prompt can detect if a user has or has not provided feedback on your app.

An in-app prompt appears and asks the user to leave a rating and optional review. Once it has been submitted, it will appear on the storefront. Read more about it here.

Additionally, for iOS there are third-party tools that can build a customized lead-up screen to the rating and review prompt to guide the user to give a 5 star rating. The user can either provide feedback or dismiss the prompt with a single tap.

Android review prompts let you notify users about providing Play Store ratings and reviews without the inconvenience of having to leave your app. You can trigger the prompt to be displayed at any time allowing android users to leave 1 to 5 star reviews with an optional comment. Once it has been submitted, it will appear on the storefront.

Here are some best practices we suggest following when using In-App Prompts for both Google Play and iOS:

How to Report Bad Reviews

We’ve all had bad experiences, and as we said, it’s important to understand users’ pain points. However, when an inappropriate, inaccurate or spam review is posted, the stores allow you to report these reviews.

App Store Connect is watchful when it comes to user reviews that communicate irrelevant feedback on app features or use offensive content. If you come across user reviews that violate Apple’s terms and conditions, you can report it to Apple Support.

Google Play Console (GPC) is attentive when it comes to reviews, with understandable guidelines and policies that require courteous language, relevant feedback, and inoffensive content. If you find reviews violating these policies, report to Google Play.

So what are you waiting for? It’s time to check in and see what your users are saying about you!

Contact yellowHEAD to see how our app store optimization team can help optimize and analyze your store listing!