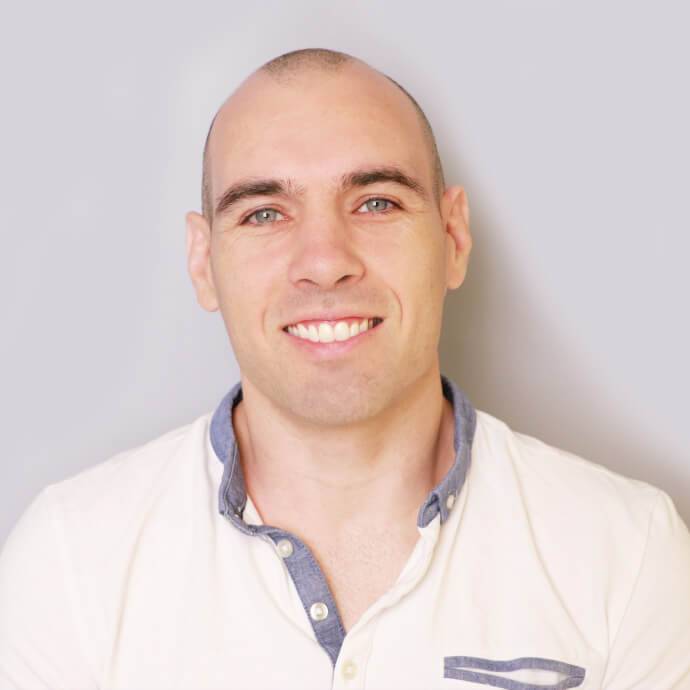 At yellowHEAD, we are fortunate enough to work on a wide variety of apps belonging to some of the world’s biggest brands. To guarantee our success, we do our best to research every major aspect of the App Store Optimization process. Personally, as an SEO team member, I collaborated with our ASO team to try and find new horizons and opportunities in the ASO world. You could thing of App Store Optimization – or ASO as SEO for Google Play. It is a relatively new area in the world of content marketing that is not yet as structured and concise as the SEO world.

The purpose of this case study was to determine whether backlinks to a Google Play app page affect the app’s store ranking for a certain keyword.

Are SEO and ASO the Same Thing?

No… SEO is designated for improving your website’s rankings in search results within Google’s web search engine, while ASO is an optimization process designed to help your app’s rankings improve within the app stores’ search engine. SEO and ASO do share many similar traits and the work process is pretty similar as a whole. But, how much do ASO and SEO really have in common?

We tend to think they have a lot in common since they are both monitored by Google’s algorithm. ASO and SEO are somewhat similar in the way we process and optimize content through targeted keywords. But what about other ranking factors?

We know that one of the most important ranking factors in SEO is the number of backlinks directing to a certain page (preferably with the right anchor text). It would be logical to think that Google would use the same factor of backlinks when it comes to Google Play store rankings, right? Well, apparently not.
If an app gets a lot of traction, it is naturally going to get people to link to its download page. We have been doing ASO for a while now, and have noticed that Google’s algorithm for the Play Store rankings acts a bit differently than the one Google uses to rank websites. The two most important factors in Google Play rankings, as opposed to Google’s web search, are installs and reviews.

But just how different are the ranking parameters? For example, what if we build direct links with specific anchor text pointing to the Google Play app page? Would that potentially signal to Google that this app page is associated with the keywords used? In SEO, it probably would. Since the dawn of ASO, some marketers have claimed that backlinks carry a lot of weight in Google Play’s search algorithm, but this has never been put to a proper test. At yellowHEAD, we don’t like leaving things open-ended – we prefer to put on our lab coats and start researching.

Having said that, if something is claimed to work, we want to know about it. It is important to test things out in order to get the best understanding of what actually works for ASO or SEO.

We decided to break a few rules in order to put ASO backlinks to the test. We developed a few secret apps of our own, especially designed for such experiments. We chose 5 apps, all of which come from the same niche and have similar installs and reviews profiles.
We used different link building strategies targeting three relevant, generic keywords. Which method will prevail?

GSA is an automated software which basically allows you to create thousands of links on a daily basis. GSA is still popular among many webmasters attempting to boost their site ranking by creating thousands of links, while trying to optimize their anchor text. 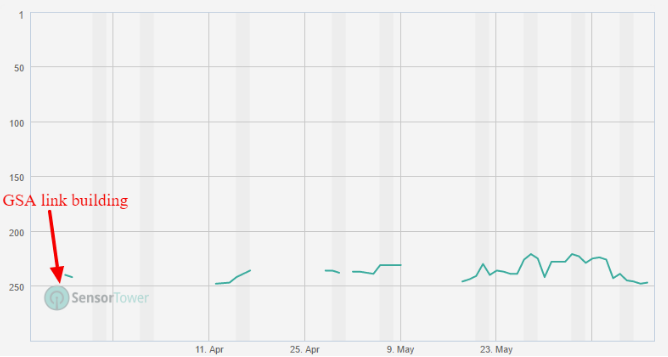 Conclusion: A large amount low quality backlinks have no impact

Fiverr is an online market place where people offer services that mostly range from $5-$15. It has become pretty popular in recent years because it provides a wide range of online services for a fee as low as $5.
This is basically the same link building strategy as App #1, only using a wider variety of generally non-recommended “Black Hat” link building strategies. 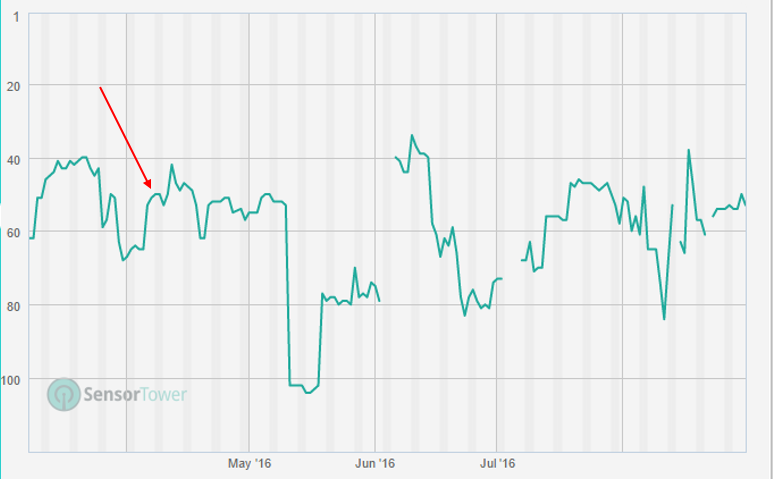 Conclusion: Much like the GSA link building campaign, we did not see any real results. A few spikes here and there, but they fell within the normal range of statistical distribution.

Hundreds of expensive, yet not recommended links via a $150 link building package at BlackHatWorld online forum

Black Hat World is actually a pretty good source to learn about the world of online marketing and I do recommend visiting the site. You can find a ton of link building packages all “guaranteed” to boost your app/site to the top of the SERP. We bought a $150 link package that point directly to the app’s download page and were excited to see the results. 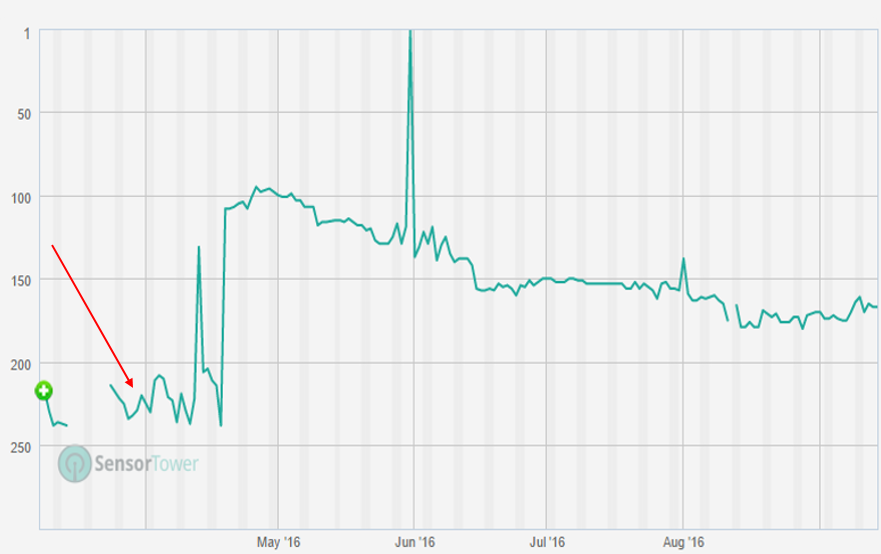 At first, the results here were pretty promising. It made me think for second, “Wow, could this really be so easy?”. But looking at other apps around the same timeline, such as App #5 (our control group), we saw similar spikes in the exact same date range. This means that this increase most likely occurred independent to the link building campaign. Moreover, at the very peak, this app ranked at #99 for the targeted keyword, which was not very competitive. This suggests that even if backlinks have some affect, they are limited in strength. This is the only instance that made us scratch our heads, but when we repeated this experiment several additional times, we did not see similar results.

This is our standard way of building backlinks. Natural link building techniques include links from quality sources, Reddit threads and Quora answers. We wanted to see the effect of white-hat link strategies (both “do follow” and “no follow”) on Google Play rankings. We manually created all the links, providing real value for users through different channels. 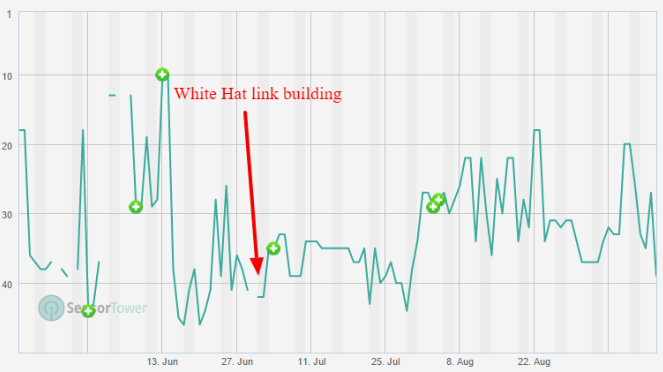 We did see a moderate increase shortly after we built the first batch of backlinks, but rankings have simply returned to their previous status, and have not gone up since. This suggests that even proper white hat methods have little to no impact.

A control group is defined as “the group in an experiment or study that does not receive treatment by the researchers and is then used as a benchmark to measure how the other tested subjects do.”
This would allow us to partially isolate the effect of Independent Variables from the overall results.

We could see a similar spike to App #3 in April around the same dates, followed by the same drop, which made us believe that the increase in App #3 was probably not due to the backlinks, but to an overall spike around those dates.

When looking at the results, in none of our four experiments, we have not seen a single convincing piece of proof that backlinks have any impact on Google Play keyword rankings. At best, backlinks have an extremely minor effect on keyword rankings and will not push an app to the top 10 positions for a competitive keyword.
We did see a spike in rankings for App #3 (BlackHatWorld.com links), but when comparing the data to App #5, which we did not build backlinks for at all, the spike around the same dates seems to have been a general spike across the whole category. Moreover, we see that all rankings stayed pretty much the same in the long run, and never broke through position #99.

True, apps with high rankings for competitive keywords often have a very strong link profile that correlates with that, but this is due to correlation, not causation. Meaning, large successful apps will have good keyword rankings and would get a good number of natural backlinks – these two elements are not intertwined. At this point, it’s hard to say how big of an effect link building is going to have on app rankings in the future.

What should you do when someone offers you expensive ASO backlinks?

The same thing you should do if a stranger offers you candy – simply say no. Or at least be suspicious.