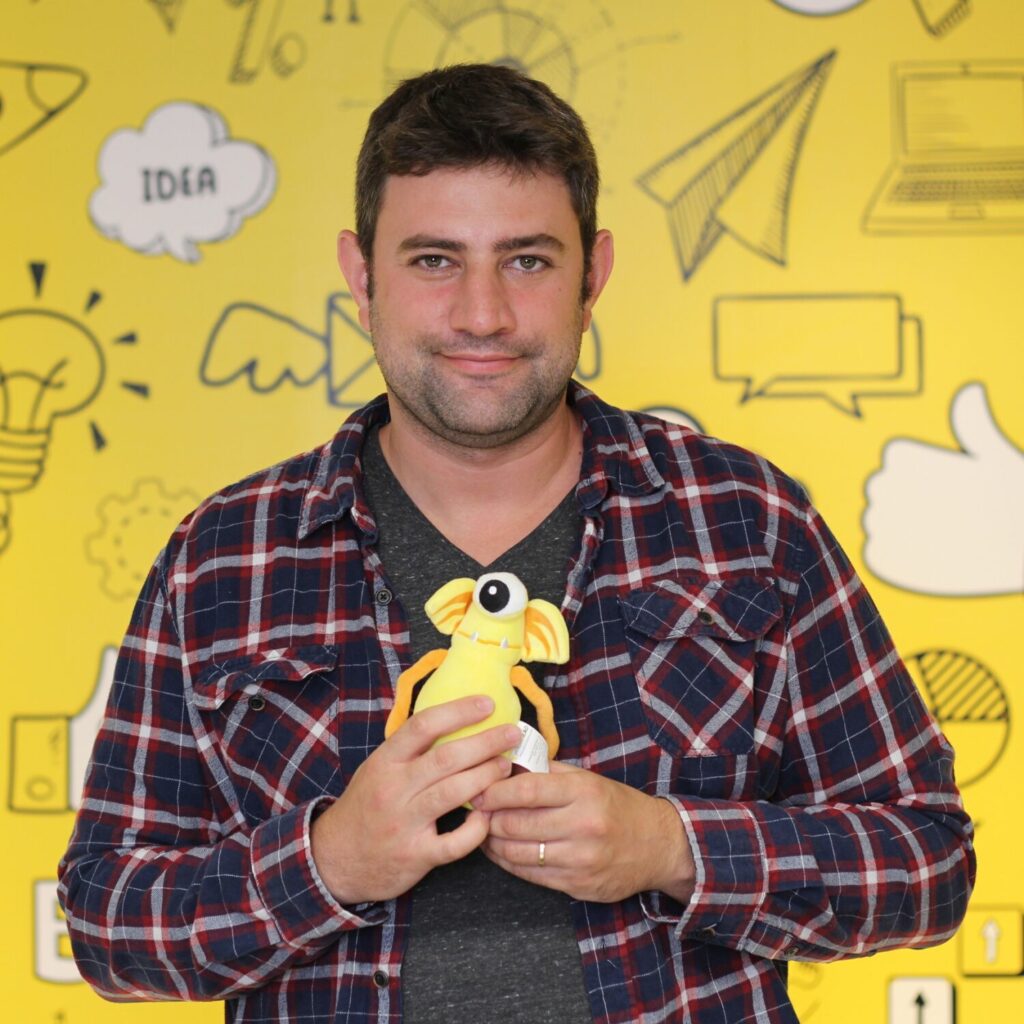 A new year brings with it new hopes and a host of new ideas that marketers can try to boost sales. If you want to get ahead of the competition, this time of year presents the perfect opportunity to do so. 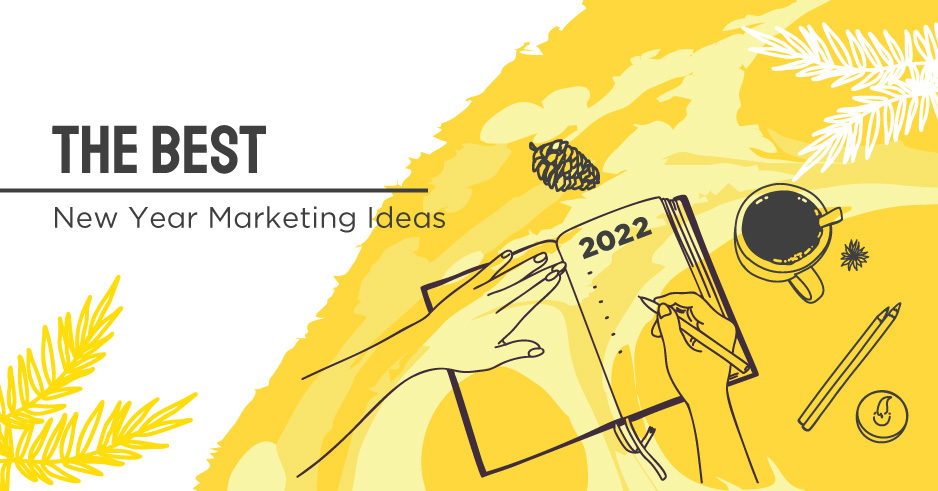 The future of eCommerce looks bright and sparkly as more and more businesses go online. Global eCommerce sales are expected to hit $5.4 trillion in 2022, which would be yet another new high, amounting to over 306%  growth from $1.3 trillion in 2014. 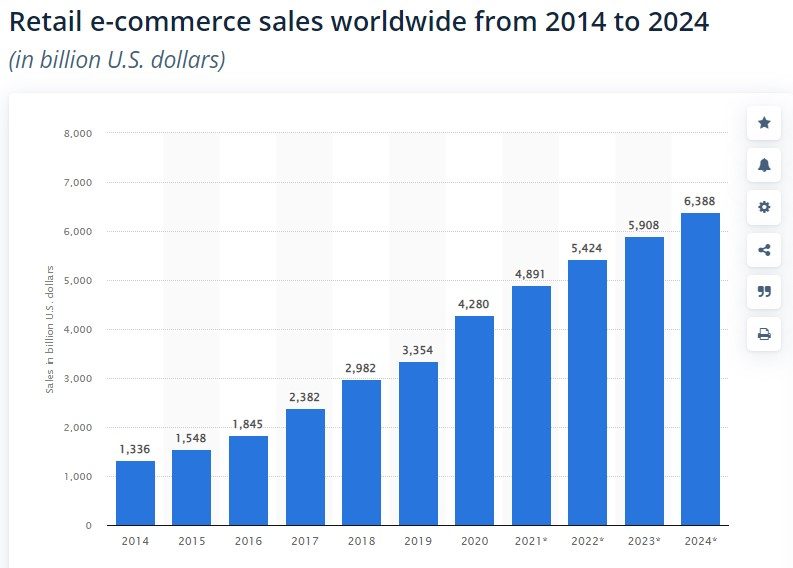 This indicates steady growth, with no forecast of any decline. In fact, eCommerce sales are already gobbling up the retail market across the globe. By the end of 2021, Statista predicted that eCommerce sales would be equivalent to 17.5% of the total retail sales around the globe and that number will only keep growing as we enter 2022.

While it may seem like a small amount, you have to consider the rapid pace at which eCommerce sales are growing. It is recommended for a marketer not to vie for a small chunk of this burgeoning market. As a marketer, you simply can’t afford to miss out on the trends of the new year. Small businesses can really take advantage of these marketing trends and jump on the bandwagon to boost sales.

There are a host of new year marketing ideas that you can try out, and when executed properly, they could easily boost revenues in the month of January. Your target needs to be the average holiday shopper, and even a simple thing like a New Year’s Eve post will allow people to associate your brand with positivity.

Why do people make resolutions year after year? In essence, a resolution is simply a promise that one makes to themselves. It’s not something that you do to please someone else; it’s just a promise designed to make your life better. The tradition actually dates back to 153 BC.

The month of January is named after Janus, a Roman god who had two faces. In mythological depictions, Janus has two faces; one forwards and one backwards. The Romans believed that on the last day of the year, Janus would look in both directions, and this became a symbolic feature.

But, why set targets every new year? This is known as the “fresh start effect.” The new year is often associated with new beginnings, and it’s why so many people set resolutions that are designed to better their lives.

The Top 6 Marketing Ideas for the New Year

If you are looking for New Year marketing ideas to engage your audience, here are six of the best ones that you can try out.

1.      Do Not Ignore the Data for New Year Advertising

One of the most viable ways to generate traffic is to look at what people are currently searching for, and then optimize your content accordingly. Looking at the data should be a part of your new year strategy. It is important that you see what people are searching for.

If you are running an eStore, this could help you boost sales almost immediately. People generally start thinking about their lives as the year comes to an end, and they soon begin to make resolutions to themselves. Common holiday resolutions include:

Almost everyone promises to themselves that they are going to eat healthy and exercise more at the turn of the year. The post-festive period often starts with good intentions, but that seldom lasts. According to the Fitness Industry Association, 12 percent of gym members register in January, and usually stop going around the 25-week mark. This means that 80% of the people who join in January will quit by May. But ever since the COVID-19 pandemic, things changed a bit. People are looking at different ways to stay fit and it’s one of the reasons why exercising at home has becoming a norm.

More and more people are looking for exercise equipment at affordable prices, so you can easily tailor your store and position fitness equipment at the forefront of your eCommerce store. This is one of the most obvious new years’ promotion ideas, but one that many people tend to ignore.

Take a look at the kinds of resolutions people made for 2021. According to Statista, 50% of Americans made a resolution to exercise more and 48% resolved to lose weight so your content could be tailored for this. Even if you are an affiliate, you can join affiliate networks to sell fitness or other trending products, thus allowing you to land a neat commission. Your content should also be tailored accordingly, with keywords that have a higher search volume. This is also going to drive more traffic to your website!

Meanwhile, 44% of Americans made a resolution to save more money. For an affiliate marketer, this means that the market was primed for a range of budgeting and finance tools.

If you are producing content without a particular direction or without proper research, you are simply losing out on engaging traffic!

2.      Engage Your Audience on Social Media

One of the most popular January marketing ideas is to engage your audience on social media, and what better way to do that than by hosting a contest? As mentioned, people often believe that the new year brings with it an opportunity to restart and refresh. It’s an imaginative reset button for most.

When brainstorming January marketing ideas, you should keep this in mind. Engage your social media audience by asking them to share quotes or stories that have inspired them in the past year. It could be anything: a personal story, a quote from a celebrity, or something they have read or seen.

To further reward the contestants, you could create a digital collage of sorts by compiling the top 5 or top 10 posts and sharing them with your entire audience. It is one of the best ways to capture the mood of your audience and inspire them.

Instead of running the same ads and promoting the same products repeatedly, your new year advertising should focus on new products. Coax your customers to try something different, something new. People are incredibly open to change in the first couple of months of the year, so this is your chance to capture that excitement.

A simple tagline such as “New Year, New [Product]” could do wonders for your business. If you have been out and about, you might already have seen this tagline being used repeatedly. You simply can’t expect your new year advertising campaign to bear fruit if you are rehashing and using the same ads again and again.

If you are running a web agency and offering different services, you could turn this into a promotional deal by simply using the “New Year, New Discounts!” tagline. Then, you can explain all of the discounts on offer and explain why people will get value from this discount deal.

There are multiple avenues through which you can promote new deals. Here are a few that work well.

If you have a list of subscribers and an active mailing list, you can simply forward the deal to all your subscribers. Make sure you come up with an interesting subject line, or just use the one above, and present the information in a concise manner.

If you have a lead magnet such as an opt-in form on your website, you could create a pop-up detailing the offer. This could also be used to capture more email addresses. As soon as a person enters their email address, they will be eligible for the offer.

SMS messages have fast become a popular means of marketing, and if you have a list of active mobile numbers, you can send this offer to them. This might come as a surprise, but most people are quite open to such new years’ marketing campaigns.

Your new years’ marketing campaign should lead to a sale in January, as that is a highly effective way to lure in new customers. Start the new year by offering discounts on different products.

If you are discounting the same product by the same margin, and just changing the name of the promotion, customers will soon lose interest. If you are short on new year’s promotion ideas and don’t have any new things to sell, just discount the items in your store!

Obviously, you can’t expect the same high as you would during the holiday sales, but it will help you shore up the sharp decline that most entrepreneurs experience in sales at the turn of the year. You can also extend your holiday sales up until January or February if you don’t want to carry out a new promotional campaign just yet.

A well-crafted, well-written new year’s email is a great way to let your audience know that you care about them. One of the best new year email campaign ideas is to draft a post that shows how your business fared over the past year, and what you expect from the next year.

Remember, it’s about making the email as personal as possible. If you are using a mailing service, make sure that each email is addressed to the person’s first name. These are your customers, and you have to show them that you care about their business.

Most people’s inboxes are usually flooded on December 31st, so it’s recommended that you send the email a day or two before, or after that date. It shows that you prioritize your customers. If you want to sweeten the pot a bit, you can also throw in a discount coupon or a code that can be used for a limited time period, such as the first month.

By combining the welcome email with an offer, you will essentially reward loyalty. In order to promote the list, you can also run simultaneous posts on social media asking your subscribers to check their mails. An advertising campaign run on multiple channels usually bears greater profits. It’s also important that you highlight it as an exclusive deal as that will make your customers feel more special!

There are several channels of user acquisition that companies rely on. The most popular ones are as follows:

Again, in keeping with the trend, you should consider introducing to your audience that you are launching a new user acquisition channel. For example, many brands that have a strong presence on YouTube have begun to explore TikTok as a potential channel.

It has more than 1 billion active users and users spend an average of 68 minutes a day on TikTok in the United States alone. The turn of the year actually brings a fantastic opportunity for your business, as it allows you to promote the launch of your new channel on multiple platforms.

For instance, when exploring a new user acquisition channel, you can also provide discounts to customers and add this in your welcome email for the new year. As mentioned above, people are more likely to change their behavior and try new things in the new year, so this has a much higher chance of success!

While there are a variety of ways that you can market to your audience, it’s important that you approach them in a way that resonates with them. There is loads of data that shouldn’t be ignored and several tactics to be utilized. Your new year campaigns can be a great start to gaining a client for the long haul. Make sure you’re putting your best foot forward.