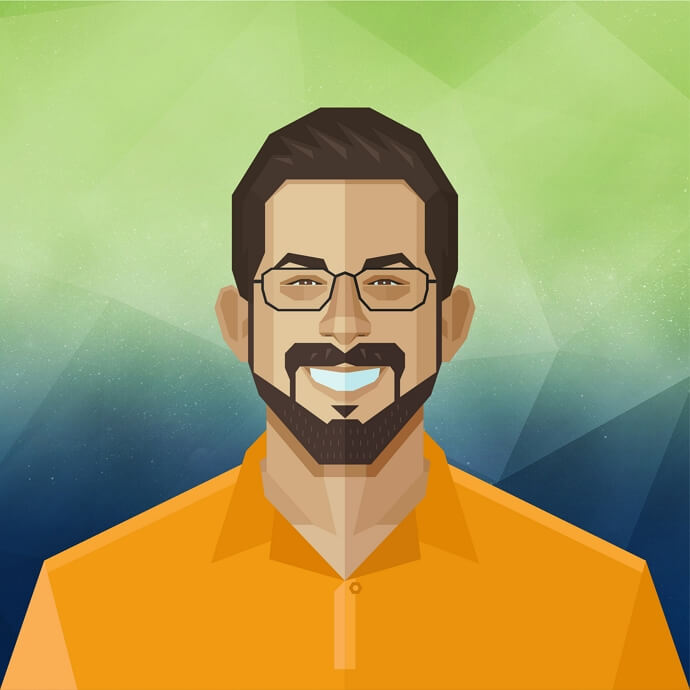 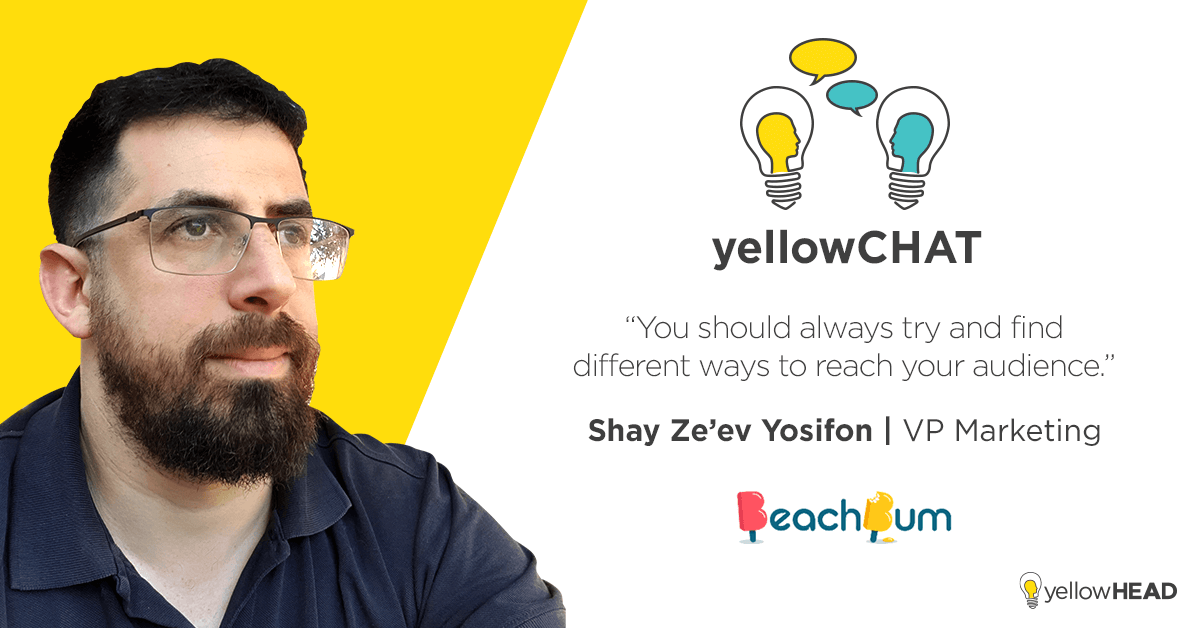 While speaking with Shay Ze’ev Yosifon, I couldn’t help but notice his depth of knowledge in his field of expertise.

Shay paved his way to the role of VP Marketing at Beach Bum right out of university, whether he planned it or not. His journey began at a startup which he and his friends had started. The company dealt with toys that connected to smartphones. Unfortunately, he had to look for something more permanent as this company was not it.

Shay started working in the mobile department back when BlackBerry was the most popular device in the U.S., and when media buying & user acquisition for apps was just looking at bringing installs.

From there, he worked at a couple of marketing agencies, one of which was eventually acquired by Playtika. And so, Shay found himself employed by the gaming giant.

After some time, he decided to move on and landed a job at Beach Bum. There, he is in charge of all things digital marketing. This includes User Acquisition & Retargeting, Ad Monetization, Store Fronts and ASO, Organic Growth, Partnerships and Platform Relations.

What are the main components of your marketing mix? What channels are you utilizing?

It’s all about scalability and things that you want to do. At a bigger company, you can do a lot of things that are not standard because there’s more wiggle room.

You want to balance out your portfolio and what you’re trying to achieve. I strongly believe that, even if you can scale your current campaigns, you should always try and find different ways to reach your audience.

What have you found to be the best-performing media channels for your app marketing?

At the end of the day, we tend to try and build one graph and force everything into it, right? So, I can look at it and say, “These are my users. This is the way my ROI looks.” But if I don’t have my Day 7 KPI, then it’s not really that good.

If I were to tell you, “Here you can buy a million users for one dollar,” you’re bound to have good ROI on those users, right? Because one in a million will put in two dollars.

We need to understand that great users can be found on all fronts at different price points with different KPI measurements. Their Day 7 ROI might be a little bit lower, but when you measure your work through LTV, you’re not bringing back your money after 7, 14, or even 30 days. It could be three months, six months, nine months, a year. Sometimes the differences in the long-term are minuscule, but bigger in the short-term.

Not all KPIs are the same, and you might be surprised. Maybe your Facebook Value Campaigns bring in really good users, but at a really, really high price point. When you take a look at long-term ROI, it’s easier to get ROI positive more quickly on, let’s say, an AppLovin campaign. You know, something broad with a price point that’s a tenth of that on Facebook, but the FTD can be an eighth. That difference over a long period of time sometimes balances out quickly. I think the mix is the most important.

What are some things that surprised you along the way in your marketing techniques?

Ugly sells. You don’t have to make the best-looking creatives. Just the ones that people react to the most.

I remember building banners myself on Paint for things and thinking “there’s no way this is going to get a high CVR.” But it does.

But on the other hand, it’s not necessarily about making something pretty. It’s about making things that work for the audience that you’re targeting.

It depends on the medium. Everybody is talking about feed stoppers – but sometimes, something that’s so over the top will not actually grab your attention.

I think that’s been happening since our feeds have become a lot more engaging. Everybody is making pretty good content. Sometimes you’ll get home and you don’t want to read a super deep book or see a period piece. Sometimes you just want to watch Die Hard.

Building an in-house team or working with vendors can be a tough decision. How do you decide which to go with?

I think it’s about balancing your needs. Scaling up & down quickly or going into areas you don’t have expertise in should be done using vendors. Also, if it’s not cost-effective to hire a person for some niche position. Other than that, invest in building an in-house team.

If you do bring in someone, it’s always good to benchmark yourself. Have them focus on some things and outsource other things. At the end of the day, you really need to make sure that you don’t outsource everything all the time, but you need that balance.

Once you do have that opportunity, bring that in-house, but only when you see value in it. When you’re very small, it makes sense not to do it yourself. Have someone who knows what they’re doing and try to learn a little bit from them. When you feel there is some substance there, bring in one person. Have them focus on a portion, let’s say 70-80% of what you want them to do, and then keep outsourcing until you can have everything in-house.

What’s something about yourself that doesn’t tend to come up in professional circles?

You know The Lonely Island, right? In university, my friends and I used to translate their songs into Hebrew and make Hebrew versions. We covered several songs, such as Mother Lover, I’m On A Boat and more. We have actually very recently released our latest song and it’s really blowing up on Facebook and WhatsApp.

Where do you see the industry headed over the next 5 years? Do you have any predictions?

I can’t say for sure, but I predict we’ll see more and more automation as well as new ways to reach users. I think you’ll see a lot more campaigns being set for ROAS rather than any other sort of goal, and a lot of API-based connections. You’ll be able to optimize (let’s say) 70-80% of your optimization based on rules, through either a third party or your own.

You can do that today with Facebook, Google, and AppLovin, and Unity will probably start doing it too. Eventually, you’ll see automation get into ad monetization.

Even today, there is a two-way API for most mediation platforms. It seems that nobody is taking advantage of it yet, but I think it’s only going to go from there.

I also think the automation of creatives will be the next big thing.

One of the most important things is keeping a growth mindset. Keep learning and adjusting to new circumstances, as this industry keeps on changing all the time. Be curious and try to stay ahead of the curb with things that are going on. Build relationships with your partners, try to utilize their knowledge of the system to best suit your needs, and always thrive for that win-win scenario.