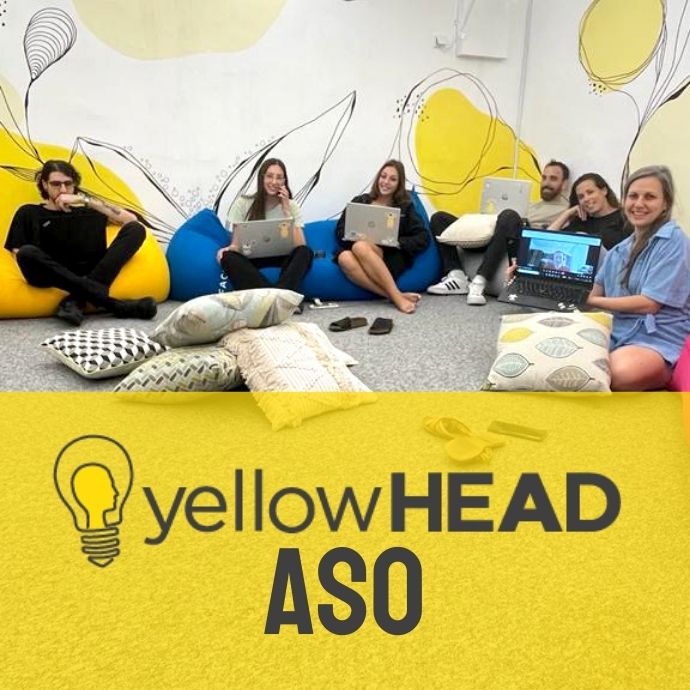 SEO vs. PPC – Which Is the Right Marketing Channel for YOU?

“The Achilles heel of Paid Advertising – Once paid advertising stops, so too will the traffic to the app . Encouraging organic installs is the only method that maintains downloads on an on-going basis…” 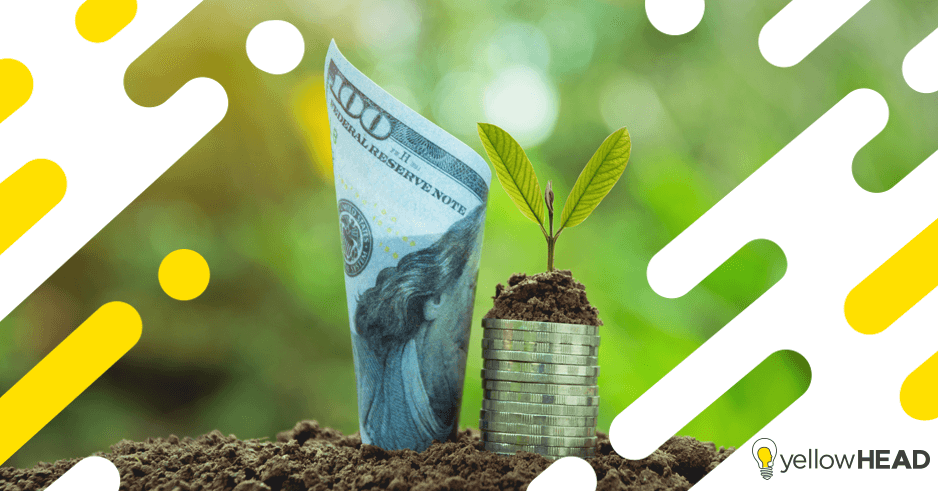 Let’s start with a few facts.

• Over 60% of app users discover new apps by browsing in app stores.2

SURVIVAL OF THE FITTEST

• A startling percent of iOS apps are invisible – Due to increasing competition for developers, by the end of 2014, 83% of applications in the Apple App Store were considered “zombie apps”.

Unless users search for the exact brand name, they will simply not find the app for any search query or in any category.

• There are about 1.5 million apps in each of the two biggest app stores –  there is a clear need for app developers to understand how to optimize their app to rank well in stores.4

The rapidly evolving app ecosystem, which is now slowly weeding out all but the fittest of apps, presents a challenge.

How does all this have any bearing on what you do for your app? Well, it should have quite a bit of bearing. Due to all of the competition we just detailed, the solution many app publishers seek is to buy users.

They go to Facebook, Google, Ad Networks, Twitter, and any other ad outlet imaginable. They pay huge retainer fees to PR agencies. And this gets them is some extra installs. For every few dollars spent on ads, there are a few more users, but that’s it.

While these methods help, there is no permanency. Once paid advertising stops, so too will the traffic to the app. Encouraging organic installs is the only method that maintains downloads on an on-going basis.

Organic traffic is quality traffic and it is the bedrock on which successful apps should grow. ASO is the main technique with which you can improve this channel.

For the relatively low cost of obtaining ASO data and some research every month, you can potentially drive your app’s downloads exponentially.

The basic process is as follows: 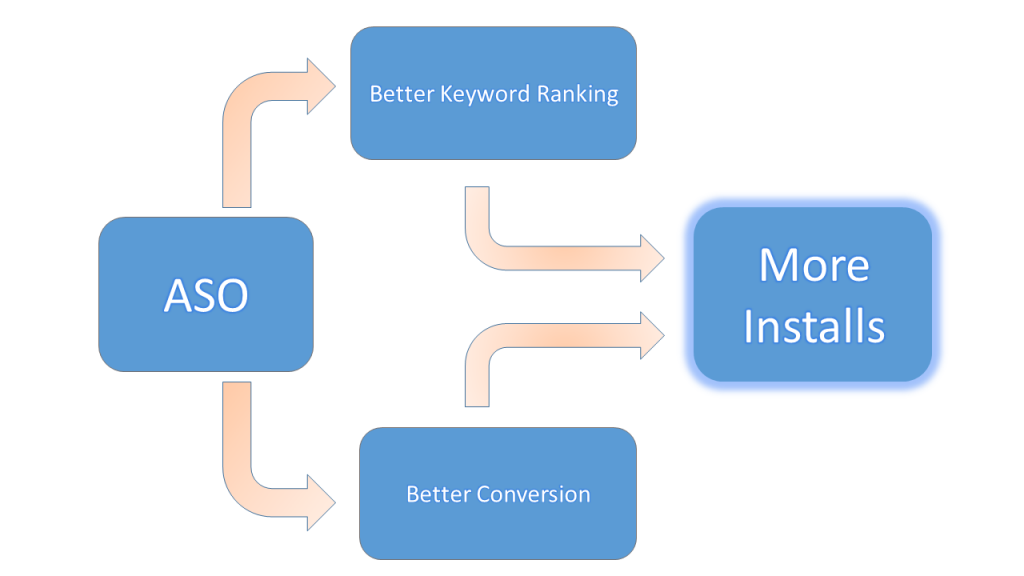 The following is the keyword rankings of a client of ours. For several weeks we researched, analyzed and brewed portions. When everything was set and ready, we implanted our optimized metas. As you can see below, keyword rankings immediately spiked 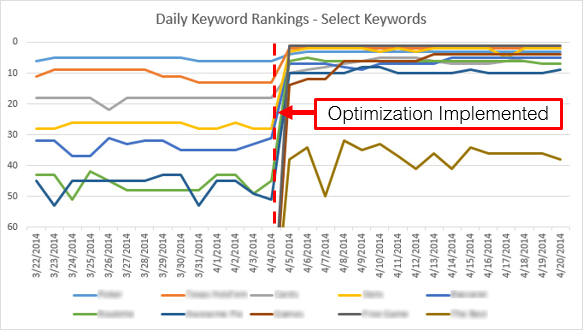 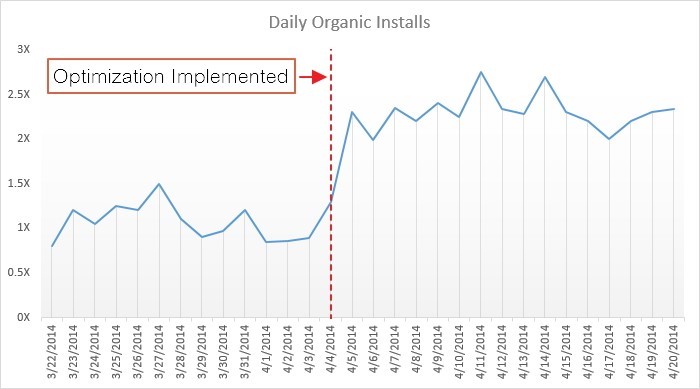 ASO: WHAT IT IS NOT

Despite its great potential and proven success, App Store Optimization is not a silver bullet, a magical cure to all your app marketing snags.

There are limitations. ASO should be part of a comprehensive marketing strategy. If your new app has 10 downloads a day, and you apply ASO practices, you cannot expect to gain 10,000 downloads a day after a week of optimization.

The process is more gradual, and will provide an increase in installs over time. But by using the right methods, you will make ASO work for you and reach your goals.