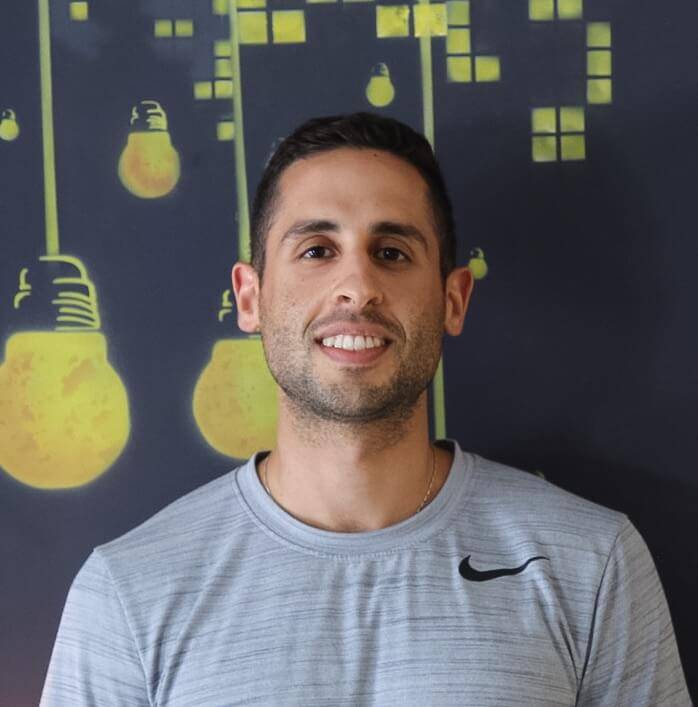 Google is introducing new insights in the Google Play Developer Console that provide some useful benchmarking data points for analyzing organic user acquisition. The update is currently in beta and is only available to certain major apps. As the ASO service providers for a number of major apps that are part of the beta, we were able to take a closer look.

The new benchkmark feature specifically provides new insight on organic conversion rates within a category. As App Store Optimization experts, we believe this will be highly beneficial for developers in their optimization efforts. Our clients frequently ask us what a good and realistic conversion rate target is for an app in their category. This update allows us to figure this out and better gage an app’s performance against its competition. Furthermore, the new insights are available on a country level. This acts as a good indicator of the effectiveness of localization in each locale, a critical part of our ASO process.  Countries showing relatively high conversion rates may indicate effective and accurate localization of the app’s store listing, while countries showing low conversion rates may require a re-evaluation and adjustment of the listing in that country.

A guide to the update:

In the User Acquisition page of the Google Play Developer Console, there is now a dropdown arrow for the “Play Store (organic)” acquisition channel. When dropped down, you will see a Conversion Rate Benchmarks chart like this (*conversion rates are blurred due to confidentiality of information): 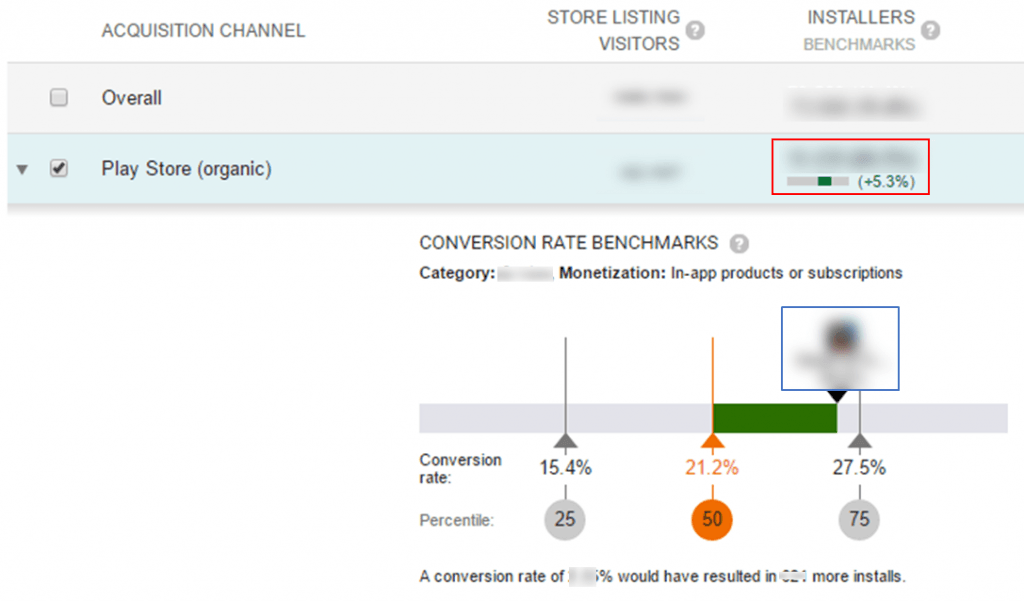 The update lets you dive even further into this analysis by providing the same data by country.  In the “Measure by” dropdown in the User Acquisition page, there is now an option called “Country (Play Store)”.

On this page, you can now get the same benchmark chart as above for each individual country in which your app is listed. 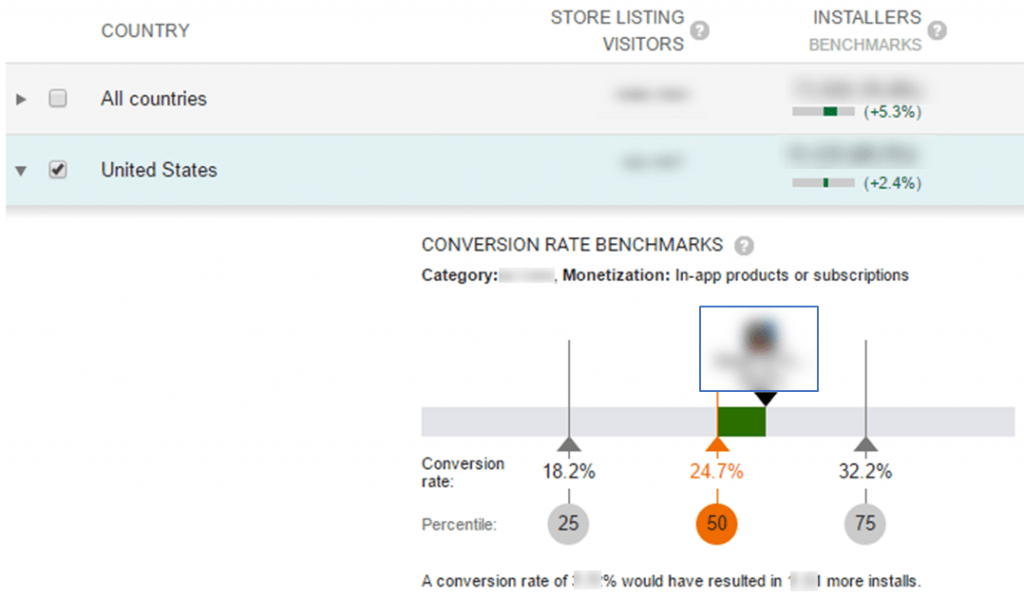 Again, this app is currently in beta for major apps, but stay tuned for the universal release and make sure you take advantage! Feel free to contact us with your questions on the update.

The conversion rate benchmarking tool is available for all Google Play app developers. This is a great tool for understanding how your app is converting through different acquisition channels relative to other apps in its competition. It’s also a great way to track the progress of your optimization efforts.

There are a few of important things to keep in mind when using these benchmarks as part of your overall marketing and app store optimization strategy.

Stay tuned for more updated on the new features and feel free to contact us with any questions!