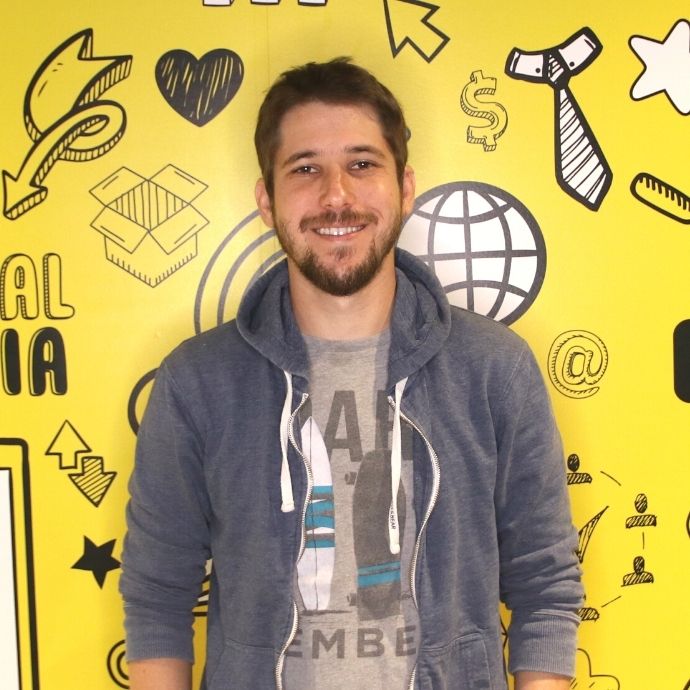 Creatives for ASO: The Complete Guide for all App Graphics

It’s well established that paid user acquisition can impact an app’s organic results and vice versa. However, many still think of user acquisition (UA) and app store optimization (ASO) as separate strategies. In this article, learn why it’s a good idea to create synergy between them both.

Utilizing both UA and ASO together as part of your holistic marketing strategy can increase the visibility of your app, drive higher-quality installs, and make a positive impact on overall mobile growth.

Most companies treat paid UA and ASO as completely separate teams with separate goals, mostly unaware of each other’s work.

These two departments have very similar KPIs: driving quality conversions while maintaining a low CPI. So why must they be viewed and measured independently?

Those who achieve sustainable success understand the intrinsic relationship between UA and ASO and utilize it in order to maximize the impact of their mobile marketing efforts to meet their goals.

Still, creating a strategy combining both paid UA and ASO marketing efforts can prove more difficult than expected. A few of the challenges include:

Encouraging UA and ASO teams to work together won’t always be the smoothest task, but it’s a big step toward lasting mobile growth.

The Correlation Between Organic Search and Paid Ads

The first step in leveraging organic ASO efforts and paid user acquisition efforts is to understand the correlation between them (i.e. how does your paid funnel impact your organic growth and vice versa).

It’s also important to understand the actual impact of the funnel. Your install volume is the number one indicator of your app or game’s category ranking, which in turn impacts browse performance.

To put it simply, the ASO-UA impact funnel works like this:

For newer apps that have yet to make their mark in app stores organically, a common option for driving installs is through paid acquisition. This also creates an opportunity for organic strategy since as your app’s organic presence increases, it encourages organic installs. An increase in installs will again lead to higher app ranking and higher store presence, which eventually leads to more organic installs. As your marketing efforts continue to optimize, and your product continues to grow, this funnel will ultimately feed on itself, driving even more installs and increasing store visibility.

Take the example of running ads centered on branded and high-search-volume keywords: users are being exposed to your brand and may end up searching for it later on. This type of traffic will be attributed to organic search in the stores, even though the users were initially exposed to a paid ad.

This example reiterates the strong link between organic search and paid ads, even though it can not always be clearly distinguished and attributed.

One of the most prominent KPIs that app store optimization teams track is increasing product page conversion rate. ASO managers achieve this by constantly A/B testing to identify which audience responds best to which configuration of your app store product page. This is done by modifying and optimizing your app metadata (title, short description/subtitle, long description), and your product page creatives (app icon, screenshots, feature graphic).

Once an optimized version of your app product page is implemented and conversion rates go up, in turn, you will ultimately achieve one of the main UA KPIs: lowering cost per install.

When combining organic efforts with Apple’s ASA campaigns, you run the risk of bidding and paying for a user who would have most likely installed your app organically anyways. This scenario is known as cannibalization. This issue mostly occurs when bidding on a keyword for which you’re already ranking #1 organically in the stores (most common with brand keywords). Assuming a user is searching for your brand name and sees your app in the top two spots — one a paid ad and the other an organic search result — is it worth spending the money on the paid click?

On the other hand, many UA managers will tell you it’s best to appear in that paid position anyway, even if you end up paying for the clicks, because if it’s not you there, one of your competitors may be bidding on your brand keywords, and could appear there instead. Generally speaking, however, it’s best to bid on keywords for which you don’t rank well.

Ultimately, the choice of strategy is a decision best made in tandem with the ASO and UA teams.

After realizing the benefits of aligning your ASO and UA strategies, there comes the task of implementing it,  which begs the question: how do you create a successful user funnel in the first place? The short answer is cohesion.

When publishing an ad on paid platforms, highlight something very similar (or even the exact same ad) organically on your product page.

A single cohesive message throughout your entire user funnel strengthens communication and trust with your audience, thus increasing conversion rates, and, in turn, ROI.

It’s no coincidence that in recent years both Google and Apple have been strengthening their grip around what can and can’t be shown as paid advertisements. Both stores have realized that not only do actual UI/gameplay ads tend to generate higher user value, they also create trust between the product and the consumer.

This is because you’ve convinced them to click your ad with a promise, and if their expectation is met, they have the potential to become valuable users. Inconsistent messaging throughout the user funnel causes confusion and frustration with your users and lowers conversion rates.

When users actually get what they have been promised, users will trust the ads they’re exposed to, and that added trust will increase clicks, downloads, and conversion rates. Everybody wins.

User acquisition and organic app store optimization each play a vital role in marketing on their own, but brands that manage to harness both of them together and create a holistic strategy have a competitive edge.

As you gain and utilize the insights from your combined strategy, you stand to gain a deeper understanding of your users. You can then relay this information to your ASO and UA teams, coaching them on how to improve their strategy and focus. This will ultimately create a self-feeding loop, which generates high-quality traffic to your app and continues to gather even more insights.

Contact Yellowhead to learn how our user acquisition and app store optimization teams can optimize your product through a holistic strategy.