Your Ultimate Guide to Influencer Marketing in 2021 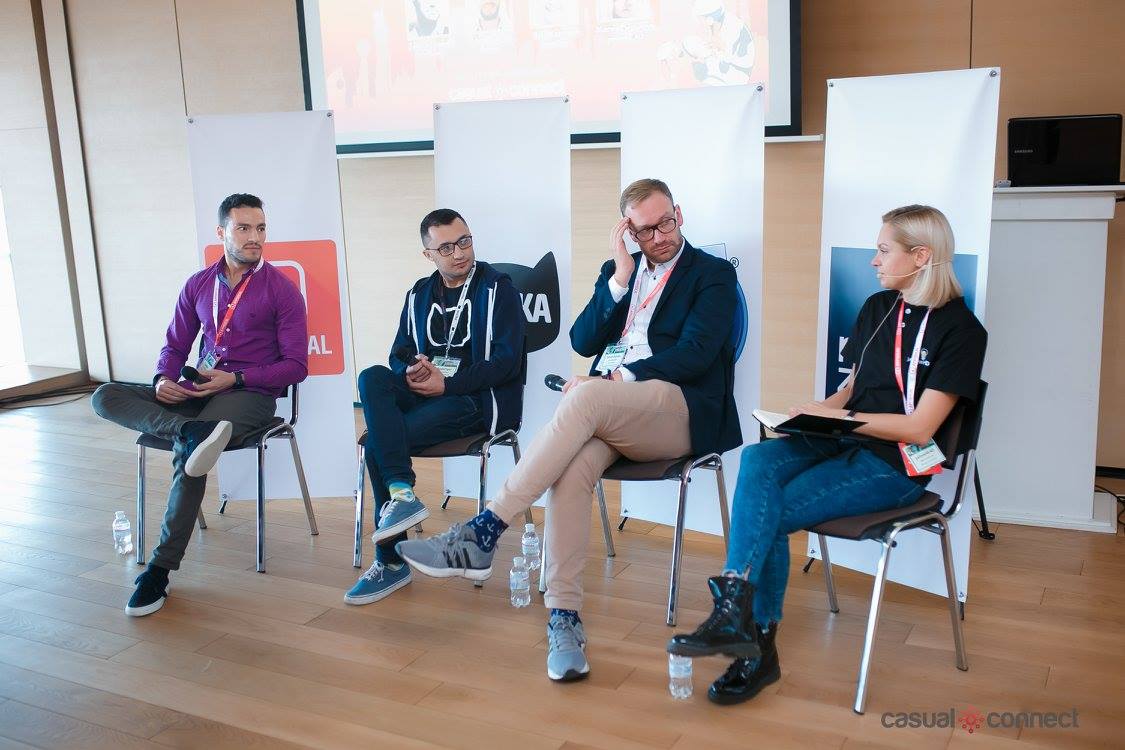 Last month, yellowHEAD had a pleasure to discuss the future of user acquisition at Casual Connect Kyiv with:

The main goal of the discussion was to give the audience a 360° view from different perspectives of the industry: the largest media platform, the leader in attribution and analytics, and an ambitious game developer. Key industry experts joined yellowHEAD to predict the future of user acquisition and share their strategic approach on how to get set for growth into 2020.

Starting the discussion with a brief look back at 2017, the main game changers in UA according to the panelists were:

The changes in the app store have affected the conversions to installs rate as well as general discoverability of apps. According to Jan from Vivid Games, they haven’t been able to measure the impact of the changes yet, but have met difficulties while adapting to those changes. The effect can be seen on user acquisition, namely on the cost of users.

AppsFlyer also mentioned the growing attention to app store optimization in 2017. As the market is being overwhelmed with the amount of apps appearing in the app stores, more and more companies are paying higher attention to the app page and its potential to bring new audiences to the app by demonstrating the app’s value in the best possible way.

yellowHEAD was among the first companies in the performance marketing field to recognize this trend several years ago and have since proved the importance of ASO and its impact on the organic effect for many game developers. This role of ASO is foreseen by industry experts to become even more important in the future.

AppsFlyer noted an increasing interest in influencer marketing as a trending channel for bringing new users to games. This trend is gaining wider exposure as game developers seek to find new ways to reach top-value players at a reasonable cost.

Another important phenomenon mentioned by Alex from AppsFlyer is the issue of fraud, and the impact it now has on UA strategies. A lot of companies have been affected by fraudulent activities and thus specific measures need to be integrated into the strategy to prevent the traffic from being stolen.

Google views the combination of human experience and application of machine learning technology as the main game changer in 2017 user acquisition. Long gone are the days when getting as many installs as possible was enough. Now developers are looking for deeper events in the funnel and sophisticated tools to get specific users.

The main challenge when it comes to user acquisition remains the same: getting ROI-positive results from your campaigns. It’s getting more and more challenging to compete with the “big boys” who are buying large amounts of traffic and driving CPIs higher and higher.

In these circumstances, many companies are trying to come up with strategies that will help achieve sustainability and, ultimately, growth in the market. Vivid Games, for instance, builds its strategy on positioning its games for a niche market. Thinking of this non-mass market positioning from early development stages helps their long-term UA strategy, as it allows to significantly lower their acquisition costs. According to Jan, this target-oriented strategy and licensing of relevant IPs proves to be a successful strategy for Vivid Games.

According to AppsFlyer, the common trend to combat the increasing CPIs caused by major gaming companies, as seen from the attribution side, is the attempt to predict future ROI. By adopting various statistical models, UA experts are looking at ARPUs and other KPIs with the goal to understand the main performance trends in 90 or 100 days.

While prediction is a big advantage, it’s important to take the accuracy into consideration with the ability to see a larger picture by analyzing the data from as many sources as possible, have a retrospective view on the prediction and take actions to improve accuracy along the way.  That’s where machine learning has a lot of potential and is being widely implemented.

According to Google, it shouldn’t be viewed as a trend that came to take the marketer’s jobs. On the contrary, the majority of Google’s ad products including Search, Display and YouTube campaigns, have already been using machine learning for a while. And now, with the announcement of Universal App Campaigns (UAC), the goal is to simplify the marketer’s job by combining several campaigns in one. The decision was based on the fact that, thanks to machine learning, the platform can now see the patterns coming from all different types of campaigns and, if combined in one campaign, it will be able to provide better insights to get better performance.

To address the complains that Google is getting since the announcement that all mobile app install campaigns will shift to UAC, Javier assured that even though marketers may not see or control specific items, Google will do everything to get the best possible result. And even though UAC is very limited right now in terms of what marketers can do with it, apart from adding creatives and a couple of lines of text, it’s on Google’s roadmap to provide marketers with more actions.

The Future of Creatives

For the majority of advertisers, the good old video creatives still remain the most effective format of ads. Vivid Games, for example, is constantly trying new creatives, doing A/B testing and monitoring the performance; however, up to 80-90% of their advertising budget is spent on video ads. At yellowHEAD, over 90% of all creatives produced for clients by our Creative Studio are video ads.

As far as new formats are concerned, Playable Ads are in the spotlight and being tested and tried by advertisers. With a high level of interaction and engagement, this ad format has all the potential to win over the performance of video ads as the inventory increases.

As Javier from Google mentioned, the future of the creative lies not that much in the types of ads but more in the technology behind it. One of the requests that Google was getting from developers for UAC is a Creative Asset Report (introduced by Google in September). Developers want to see how creatives are performing, spot the trends and optimize for better results. Google is investing heavily in this reporting tool in order to be able to help developers identify the patterns of creative performance.

The discussion about the importance of ASO and how to factor it into a long-term UA strategy started with Jan’s story about Vivid Games’ learning curve in realizing the relationship between UA and ASO during 2017.

At first, they performed merely a simple set of actions for the soft launch, namely uploading a few pretty-looking images and some text written in 15 minutes, and waited for the game to prove its performance and reach certain KPIs. Only once that happened would they start investing in ASO.

At some point, with the release of a new game, the company managed to get good KPIs, but the number of organic downloads was very low.

With yellowHEAD’s help, they applied ASO techniques that helped Vivid Games triple the number of organic downloads. And that has changed everything, as the company saw how much they had missed in the beginning of their apps’ lifecycle.

Vivid Games thereafter changed their strategy and their way of thinking, and they are now doing ASO from the very beginning. Currently, the company’s organic downloads from search comprise 60% of all installs. ASO and taking care of the app pages is essential, and its crucial role in user acquisition shouldn’t be underestimated.

The Role of Localization and Culturalization in UA

The panelists agreed that the biggest potential still lies outside Tier 1 countries. And, as those markets are still maturing, localization and culturalization will be the key to unlock them.

The impact of localization is already too big to ignore.

And yet many developers are still missing this opportunity to capture users from countries outside Tier 1 markets. The uptake on organic downloads for localized app pages can be around 10-20%, according to Vivid Games.

This is an overall trend that we see at yellowHEAD with a variety of different apps.

With a localized and culturized app, the uptake is even higher, and can get up to 30%. This power combo provides great benefit to game developers when talking to the app stores’ editorial teams and negotiating featuring.

The changes are everywhere and, as the industry matures and the technologies become more sophisticated, it’s highly important not only to adapt to those changes, but also to have the capability to predict them. It demands quite a lot of resources, especially from game developers, to stay on top of all the changes and be flexible to adapt, while focusing on creating a great product.

Many aspects of a user acquisition strategy should be considered early in the development cycle to ensure that the product is viable for sustaining, and even ramping up, growth going into the coming years.  And there’s always an opportunity to find a partner with the right experience, resources and technology who will advise early on and help plan and execute the strategy.

If you have questions about app growth techniques or would like to learn more about yellowHEAD, please let us know. Our experts will be happy to help.